As many of our readers know, we are always on the lookout for some special and many times surprising wines. We found one when we visited Babcock Winery in the Santa Ynez Valley made by renowned winemaker Bryan Babcock.

One of California’s stars in winemaking is Bryan Babcock. He was selected by the Los Angeles Times as one of the “Ten Best Winemakers of the Year”. Since 1984 Bryan has been producing wines from his family-owned winery located on the far western edge of the Santa Ynez Valley in Santa Barbara County. 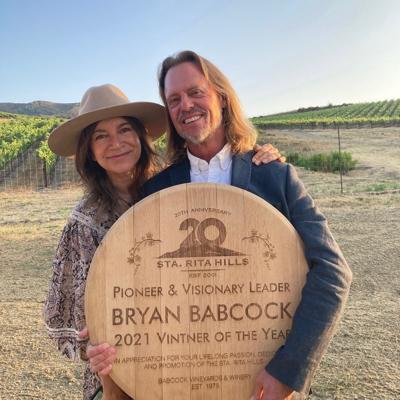 The James Beard Foundation chose Bryan as one of the “Top Ten Small Production Winemakers in the World,” the only American chosen. In choosing Bryan for this award, David Moore wrote, “Bryan Babcock best exemplifies the traits I look for in a great winemaker. The quality of Bryan’s wines speaks for themselves, yet it is his personal commitment to excellence that stands out so much. His relentless experimentation, his willingness to explore the possibilities with so many grape varieties, and his aesthetic are a world apart from the usual American approach to winemaking.” And we could not agree more. Bryan is an exceptional talent.

Bryan been making wine since 1982. The first ten years he said “felt like the decade of trying to find which end was up. The second ten years was the decade of trying to figure out which road to take.” We sat down with Bryan at the annual Wine and Fire event in Lompoc. “I suppose it’s my right brain that has lured me into my current fascination with a sense of place in wine. Inspired by the phenomenon of terroir, I am now producing an ethereal collection of ‘micro vineyard’ Pinot Noirs”. With a production of fewer than 500 cases of each wine produced, they tend to sell out quickly Babcock stated.  “It’s my left brain that tells me to stick to the classics. It’s this side of my winemaking persona that inspires me to produce Estate Grown versions of Chardonnay, Sauvignon Blanc, Pinot Gris, and Chenin Blanc. 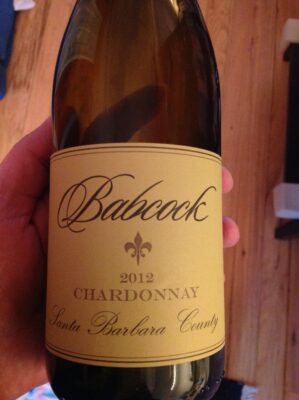 These bottlings, along with a couple of Pinot Noirs some are made from organically grown grapes, called Psi Clone, as well as a Cabernet Sauvignon “Block 15”, and a Syrah “Upper Crust” from the two vineyards that many consider to be the best respective sources for these varieties in Santa Barbara County” he added. 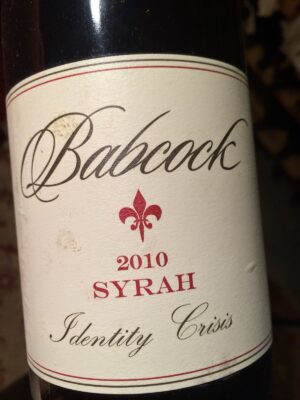 The cool climate of Santa Barbara County pushed Cabernet Sauvignon to the background. Since 1996 Babcock winery has been fine-tuning a Bordeaux-styled red blend called FATHOM. Once Cabernet Franc based, with the recent development of the warmer “Happy Canyon” area of the eastern Santa Ynez Valley, the program now includes a greater percentage of Merlot, Cabernet Sauvignon, and maybe other Bordeaux varietals.

The result has been so successful that Cabernet Sauvignon is now one of the key varietals at Babcock Vineyards. “New Epoch Reserve”, and “Classic Rock Cuvée” is offered annually. Vineyard-designated bottling is available under the limited production “Terroir Exclusives” wine club program.